They say you should never meet your heroes (actually, that has indeed proved true in at least five cases in my own experience - which I won't go into detail here - at least not till I've finished the Christmas sherry), but I'm pleased to report that, at the BBC History weekends this winter in Winchester and York, I met two of my own personal archaeo-historic heroes, Michael Wood and John Romer, and was very glad that I did.

Michael has written and presented many TV programmes, but it was his In Search of series, covering the Dark Ages. which first aired on the BBC between 1979 and 81, that first really got me interested in archaeology as a subject of mass appeal, coming, as it did, as a beacon of televisual light during the dark days of school (and the dismal round of results that proved to be my O Levels). 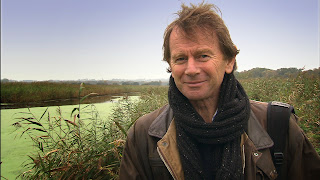 John wrote and presented Romer's Egypt, which ran on the beeb at the same time and, although I've never followed Egyptology closely, I found his series similarly captivating and enthralling. 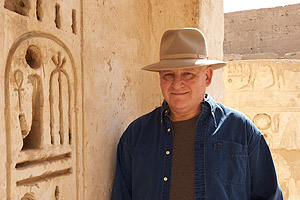 Perhaps it was the formative time of my life that I first watched these programmes, and repeatedly rewatched them (as my family owned an early VHS recording system which allowed me to tape these TV gems on a large, brick-shaped video cassette) but I feel that they represent the pinnacle of archaeological programming on the BBC. Yes, there are certainly more TV programmes covering archaeology and history today than in the early 1980s, but, watching them all (which I do) it feels that today's output can sometimes (although by no means always) be lightweight, breezy and intellectually unrewarding.

True, presenters have become more professional and special effects far more flashy and dramatic, but today's content often feels either absent or completely watered down and I frequently get the feeling that I'm being talked down to. In rewatching both Romer and Wood (I now own remastered copies of their series on DVD, the VHS cassettes being almost completely unplayable, although they're probably invaluable museum pieces) you never get such a worrying sense. Here, in these early series, you are in the hands of capable and enthusiastic communicators who really know their respective subject areas. They never 'dumb-down' in order to pass on their hard-won knowledge. They never play tricks to the camera. They never patronise.

Meeting both was a joy, reminding me of why I wanted to get into archaeology in the first place, namely research, discovery and communication. It's been a difficult year, career-wise, and I've had moments where I've wondered whether it's all really been worthwhile, but meeting these two and sitting in their lectures afterwards, I was transported back to simpler times when the idea of studying the past seemed to be a glorious and exciting thing to do.

Posted by Miles Russell at 01:53 No comments:

Archaeology, Star Wars and the Power of Memory

So, I've just seen Star Wars: the Last Jedi [no spoilers - don't worry] and whilst I understand that it's not to everyone's taste (personally I can't see the attraction of The Lord of the Rings, but that's another story and, indeed, another franchise), may I just say 'WOOHOO' punch the air with joy and get all that out of the way.

Where was I again?

Oh yes, it got me thinking about the way memory works... 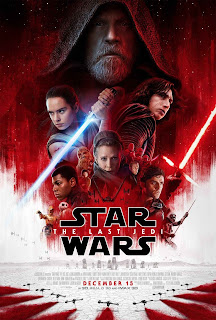 As an archaeologist, memories are my staple, my raison d'etre, my reason to be; spending my life finding, sorting and sifting through the accumulated mental detritus of past millennia. In fact, to quote another element of pop culture of which I'm inordinately fond, MacKenzie Crook's wonderful series Detectorists: 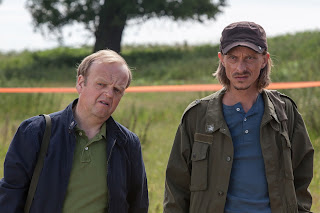 "we unearth the scattered memories. Mine for stories" - indeed yes

Memories are tricky things though. Hugely subjective, always different (depending on who is doing the remembering) and constantly shifting with time. I guess that's why, to return to the Star Wars analogy (thank you) the recent three films (Force Awakens, Rogue One, Last Jedi) have proved so popular at the box office and with fans (myself included) - yes they play with memories, but they do so in an affectionate and really rather clever way - taking bits of music and dialogue here, set and space ship designs there, to create something familar, comforting and yet ever-so-slightly new and exciting.

Repeating the past, only making it more so (if that makes sense).

That's why (in my own humble opinion) the first 3 prequels (Phantom Menace, Attack of the Clones, Revenge of the Sith - and, if you want to be totally completist and pedantic the Clone Wars too) went badly awry, being so out of kilter, po-faced and (dare I say it) rather dull, they took the memories of the first 3 films and cheerfully defecated all over them 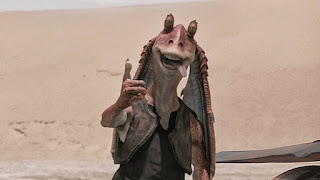 Of course, the advance of special effects meant that, never one to leave well alone, director and creator George Lucas subsequently went on to tinker, add, delete, move around and generally mess with the 1977-83 originals, so that the versions we see on TV today bear only a passing resemblance to the big screen originals from back in the day 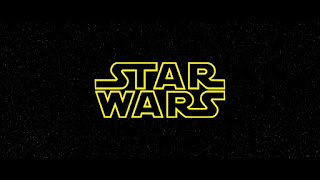 I was discussing this very point with some of my colleagues at work (sometimes we talk about archaeology too). They were convinced (and really quite adamant) that the 1977 film Star Wars had always been Star Wars: A New Hope and had similarly always been credited as 'Episode IV' 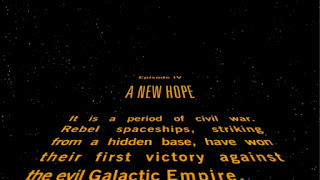 I wasn't so sure. I do vividly recall seeing the film on its second run in 1978 (3 times in 3 birthday party treats for 3 friends over 3 days). I remember the screen crawl, I remember the first shot of deep space, I remember the awe-inspiringly big space ships that filled the screen so dramatically and the first epic battle that launched a franchise... 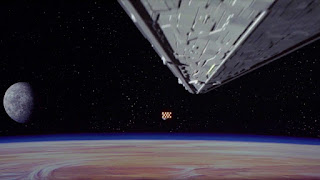 ...I do not remember 'Episode IV' appearing anywhere (in fact if it had I think we would all have been asking ourselves what the hell happened to episodes I to III and demanding our money  back - not that it was our money paying for the cinema tickets back then).

It took a quick google check (what did we do before the internet - other than read books - obvs) to discover that the title Episode IV : a New Hope wasn't actually added until 1981, when the idea of retro-fitting prequels was first mooted. 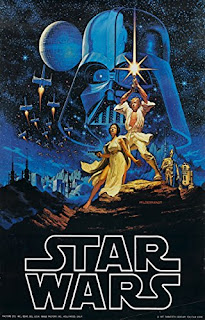 Hence, in respect, and recalling that old pop-culture statement of sci-fi rejection 'I've Never Seen Star Wars' - it follows that anyone who saw the first of George Lucas' movies (set in a Galaxy far far away) in 1981 or after hasn't actually seen Star Wars at all.

No, what they've seen is a film called A New Hope 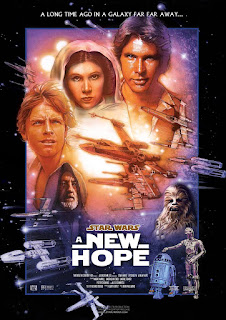 George Lucas is a man who is clearly unhappy with memory recall and has, since the early 1980s. been doing his level best to keep messing with our minds. Sad though it is to say, if stories are to be believed, the original cuts for films 1-3 (or episodes IV-VI in the brave New Order - or is that First Order? - of things) have been deleted, so as to enforce the legitimacy of the shiny new editions. Of course, that hasn't stopped fans from trying to recreate the original versions from what they remember and from what little has survived, but that's not the same as having the originals themselves (and it's also playing fast and loose with our poor scattered memories).

As a consequence of all this, I find myself in even more difficulty when I'm working on site for, when I recover an artefact that hasn't seen the light of day for hundreds, if not thousands, of years - something that meant something to someone long long ago - whilst I am indeed overjoyed to be recovering a scattered memory, I am also perplexed as to whose memory it was, what it ultimately means, what version of the memory it is and, most important of all, whether or not it's real or has been subtly re-rendered in CGI